Challenges, and more distractions, lie ahead for colleges

How big-picture threats to higher ed are impacting campuses and what administrators are doing to take control
By Sandra Beckwith
December 19, 2017

Clouds that emerged throughout 2017 are hanging over the heads of campus administrators, posing potentially huge impacts to higher ed as a whole.

Just a few of the significant national developments include:

Although many higher ed leaders are advocating for colleges and their students at the national level, it remains an area where they can control little. They can—and are—however, battening down the hatches on their own campuses to help emerge from this challenging climate intact.

This involves having a vision for strengthening the institution’s foundation and agility in managing new responsibilities and demands.

1. Button up marketing and strategic planning.

While tuition revenue has been top of mind for administrators for two decades, the situation has been exacerbated by the perception among foreign students and parents that the U.S. isn’t as welcoming as it was in the past, says Dennis Barden, senior partner at executive search firm Witt/Kieffer.

“This is having a deep impact and it’s showing up in job descriptions.”

A greater number of institutions are seeking presidents with fairly significant international experience who can be more involved in marketing their institutions overseas, he adds.

Much of what’s to come with administrator roles in 2018 is related to those and other financial concerns, says Rod McDavis, former president of Ohio University.

“If you’re a public institution, you’ll be concerned about the money you’re getting from the state,” says McDavis, who is now managing principal of AGB Search. “If your school is private, you’re concerned about enrollment and retention. All of this will determine if you have a stable budget.”

For this reason, developing a three- to five-year strategic plan is crucial. “This is even more important in 2018 because of the financial uncertainty,” he says.

2. Trust in department heads for the day-to-day.

Institutional leaders will continue to have less time to manage day-to-day operations, so they need strong department directors who can manage functional areas effectively and efficiently.

“Leaders are under pressure with so many things coming at them now that they don’t have time to deal with all of the business issues. Having solid departmental leaders frees them up to put out fires and to deal with the press,” says Josh Reich, president of executive search firm JDRQuest&CO.

Phil Goldstein, managing partner at Next Generation Executive Search, sees this in the changing role of the CIO.

“CIOs are being asked to think like business and academic leaders now,” Goldstein says.

3. Be prepared to diversify skill sets.

When boards are making executive-level hires, they tend to be seeking specific proven skills—including strong fundraising reputations. International recruiting experience and previous experience applying strategic solutions to the challenges institutions are facing today are a plus.

More than ever, that may mean looking outside of higher ed.

“There are some exceptional people outside of academia, especially people from the government sector who already have a good understanding of higher education trends,” says Jessica Kozloff, a senior consultant specializing in public institutions for Academic Search.

“Higher education leaders are going to see more effects of what’s happening in the national discourse and politically,” she adds. “This will require leadership to think carefully about how they observe the law, follow new regulations and serve their students.

“There’s a lot of conversation about how they are going to still serve students, especially those with financial needs, in this new environment.”

Dennis Barden, at Witt/Kieffer, says the biggest challenges for administrators going into 2018 are the impacts of the 2016 presidential election—namely “the emergence of a highly fractured body politic,” he says.

“Even if things aren’t as dramatic as they were in Charlottesville in August, every college president is going to be faced with significant free speech issues in the coming days.”

UB’s fourth trends survey of higher ed administrators asked about how the roles and demands on these individuals will be different at the start of 2018 compared to a year before.

The top area identified by survey respondents, across job titles, as being most different about their roles in 2018 is a greater emphasis on leveraging data to identify and solve problems.

He’s seen the role of the CIO take on greater significance as leaders at his institution, a community college, have embraced data analytics.

“As the top IT person, I’m now expected to know about the driving forces in the enterprise as opposed to only dealing with software,” Alfonso says.

One recruiter specializing in higher ed IT leadership also expects to see the influence of CIOs increase in the coming year.

“CIOs are being asked to be process architects,” says Goldstein. “They’re still delivering technology tools, but in 2018, they’re also going to be a partner with other administrative leaders.”

5. Reach out beyond (and within) campus borders.

While attention to budgets and cost-containment is nothing new, the intensity has grown. And partnering with other institutions is one key approach in this era.

The $70 million facility in Camden will allow students from each of the three institutions to share laboratories, equipment and classrooms.

“We’re going to see more of this sort of collaboration as a consequence of higher education’s need to save money and yet provide access and affordability for students,” Haddon says.

The UB Outlook surveys also point to more cross-campus collaboration to come in the New Year.

One reason may be necessity: A significant number of respondents expect to be dealing with less department personnel in 2018.

6. Keep students at the center.

Higher ed institutions are, of course, always focused on their core business of serving students. Survey respondents selected that as an area getting even more attention this year.

Seth Allen, vice president and dean of admissions and financial aid at Pomona College in California, is considering redeploying resources so they have a more measureable impact on student success.

“University student bodies are less homogenized today than a generation ago,” Allen says. “We can’t proceed the same way as in the past. Individuals need different kinds of support, so we’ll be putting more emphasis on how we deliver that.”

Institutions should consider looking at how resources have been allocated to see if using them differently could have a more measurable impact on those new needs, he adds.

Reich says focusing on students will also help institutions remain competitive. He cites students’ increasingly sophisticated expectations about housing and dining—which on some campuses has been motivation for building recreational facilities with elaborate features such as water slides and lazy rivers.

More universities are outsourcing auxiliary functions such as housing and food service so that leaders can focus on what they do best—education, adds Reich, who specializes in recruiting nontraditional candidates to higher ed positions.

“Whether they bring in outside companies to run some of these areas or hire someone who excels at it, making sure departments are run by solid managers frees up top leaders to address the new issues we’re seeing now,” Reich says.

“Campuses are going through an upheaval and that impacts how we assess candidates,” says Barden. “One word that keeps coming up is bold.’ Institutions are looking for leaders who aren’t afraid, who aren’t cowed by threats of no-confidence votes,” he adds. 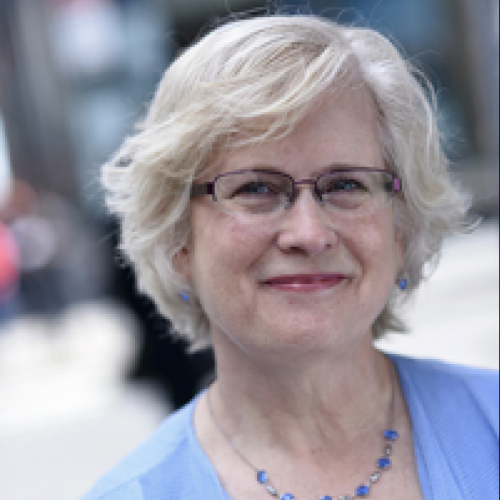