Equipped for interaction on campus

Hardware for the collaborative classroom environment
By eshein
August 22, 2014

First-year MBA students in the action-based degree program at University of Michigan’s Ross School of Business spend seven weeks working with a U.S. or international company. After that, they form seven-member teams to propose a solution to a problem they encountered in the corporate world.

But this learning process isn’t just about the instruction—it’s also about how the classroom is designed. “Collaboration is the way our program is structured and so the classrooms and group spaces are designed for lots of collaboration,” says Edward Adams, the school’s chief technology officer and director of computing services.

When Ross got a new building in 2009, several group study rooms were placed adjacent to classrooms, allowing students to break into small groups during a class session and then reconvene in the classroom, Adams says. But faculty drove administrators to go a step further.

The school purchased nine large panel touch-screen displays, and a classroom was designed around the devices. Each display is associated with a furniture design Adams compares to a pie—similar to the Star Trek emblem (above). The round desks separate into five pieces, where each student can sit with a laptop. The pieces can be arranged in any configuration around the 80-inch displays, allowing for a lot of interactivity, Adams says.

As college and university professors continue to move from the traditional lecture format to a facilitated learning model, officials are rethinking the classroom setup. Students collaborate at tables while instructors move freely through the room. The lecturer’s desk is no longer the focal point, observers say.

The Journal of the Scholarship of Teaching and Learning in 2013 studied the “Peer-Led Team Learning” teaching technique in which a trained undergraduate facilitator guides other undergrads in problem solving and discussion. The study, which included 46 students in an introductory statistics course, found that participating in peer-led collaborative learning community experiences mastered content more effectively than did other students.

“A lot of work is project-based right now. It’s really permeating the education landscape,” says Andrea Berlin, director of Product & Innovation at Fino, a technology design consulting firm. Because project-based assignments usually involve technology, “ways to display and present the results of that work should also be considered when planning for your space,” she adds.

Knowing the total cost of ownership is also key, she says. “Often we see that there are hidden costs not well accounted for, like maintenance and support.” For example, Berlin worked with a large institution that purchased several hundred thousand iPads, which each cost $1.50 a year to charge.

Figuring in furniture and classroom layout

Technology is only part of the equation when it comes to planning a collaborative classroom. Furniture, layouts and space utilization are also a key part of a college’s purchasing decisions.

The active learning trend is changing the shape of the classroom rapidly, says Frank Kolavo, president of Computer Comforts.

Most colleges don’t have a clear picture of what these new classrooms will look like in terms of the technology that will be housed in them. This makes the purchase of furniture “a little scary,” since it could be obsolete in a couple of years, he says.

While comfort isn’t always quantifiable, it’s clear when students are uncomfortable. And they get distracted by the wrong temperature, lighting or furnishings. There are also psychological comforts to consider. Intimidating or uninviting environments will influence the depth of learning that can take place, the study found.

As research conducted by Herman Miller has shown, classrooms that are comfortable both physically and psychologically promote a sense of well-being, keep minds focused and limit distractions for students.

Planning spaces is another low-tech consideration for these classrooms, according to the 2013 report “The Learning Sweet Spot,” by furniture maker Ki.

“Educators, facilities managers, architects and designers must explore their own unique variables in order to optimize the learning space and build it around new learning paradigms that are suitable to their circumstances,” wrote author Amy Kiefer, vice president of education markets.

“The point is, charging your hardware is not trivial. A laptop costs about $8 a year to charge. So even [for] a few hundred laptops on campus, there’s a cost there,” she says.

When maintenance, support and training costs aren’t factored in, “you may find you have purchased more hardware than you can support,” Berlin says.

Montana State University’s collaborative efforts are centered in a pair of technology-enhanced active learning (TEAL) rooms where students work together on assignments during class hours. The students sit together at tables rather than in rows of chairs, as in a traditional lecture, says Brendon Packwood, audiovisual support specialist in the Information Technology Center.

The classes with the highest drop/fail/withdraw rates—namely math, statistics and introduction to chemistry—are taught in the TEAL rooms.

The central instructor stations in these rooms have a podium designed for sitting or standing. “The idea is the instructor is more often than not walking around the room,’’ Packwood says.

The tables are seven feet in diameter, each with a 46-inch wall-mounted flat panel featuring three ports allowing nine students to connect their devices and display content. The displays can be shared with other tables or on the instructor’s screen.

Montana State had already standardized on switching and control gear, and officials opted to use several solutions from the same vendor, including a system that allows users to send 1080p video and high-definition audio, and shared Ethernet over a single cable.

“From the most basic standpoint, it’s a massive reduction in cables,” says Packwood. The transmitters at the tables and the receivers at the flat panels can be remotely powered from the switcher location. In other words, an electrician isn’t needed to bring in additional power to transmit-and-receive locations, and the placement of these devices is much more flexible.

The rooms were outfitted with a furniture-mountable enclosure that provides AV connectivity for each group’s laptops and mobile devices.

“Everything we’ve heard from both students and faculty is they are thrilled … to be in these rooms,’’ says Packwood. Since the TEAL classrooms have been in use, the school has seen almost a 30 percent increase in passing rates in the statistics classes.

There are plans for a third TEAL space, which means fully renovating a room. The cost of the first room was close to a half-million dollars, with a slight reduction in price for the second room, Packwood says.

But the hope is that the third room will cost around $300,000 to $400,000, since the schoool’s provider has released new equipment recently “that will allow us to do same thing for pretty significantly cheaper,” he says.

In some cases, off-the-shelf products don’t meet an institution’s needs. Leaders at The University of Western Australia, located in the city of Perth, had to innovate when they wanted to inspire collaboration in medical classrooms where students learn cell pathology, says Terry Coe, manager of teaching and infrastructure services.

“After deciding we could not purchase a fully complete âoff-the-shelf product’ suitable for what was required, it was decided to build a prototype student pod and get the students and academics to use it and provide feedback to the design team,’’ says Coe. Designing the classrooms in-house allowed for customization in terms of AV equipment and cable access within the pods, which each seat six students and have two adjacent large-screen displays.

Officials used the university’s cabinet-making workshop staff to create the pods. They also had help from an AV integrator and used an all-in-one presentation switcher, so the instructors can easily change between audio and video devices as needed. It also meant each pod needed only one piece of AV equipment and a touch panel.

Instructors in the collaborative classrooms act as mentors, “guiding the students who by and large teach themselves,” Coe says.

The project cost $6 million, and student response has been very positive. The collaborative spaces are highly utilized.

Durability of hardware is key in the university system, where the technology will see lots of wear and tear, says Fino Consulting’s Berlin. Software should also be able to accommodate a large number of users. “There are great solutions that might work for a single class, but to implement [them] across an entire institution, you have to make sure the product is scalable.”

Take, for example, learning management systems, which are core solutions for the collaborative classroom. “You want to make sure you can track course materials and track faculty across multiple sections,” she says. “Make sure it’s pressure-tested and implemented at scale, versus buying a sleeker, more lightweight solution for one class that may not have hierarchy or support for a bigger implementation from a load perspective.”

That’s something administrators at the Ross School were mindful of. They wanted students to bring their own devices and be able to put up multiple pieces of their content on the displays. In the fall of 2013, officials purchased software that has added to classroom interactivity. With a thin client on their mobile devices, users can send content to touch-screens on the Wi-Fi network.

Now the five students at each table can attach content such as an Excel spreadsheet, a PowerPoint presentation or something from the web to a display simultaneously and then edit that content together, says Adams.

In the fall of 2016, Ross is planning to open a new 100,000-square-foot building with 10 additional classrooms, three of which will be designed around these collaboration-room concepts. Adams says, “We’re calling it the classroom of the future.”

Esther Shein is a technology-focused writer based in Framingham, Mass. 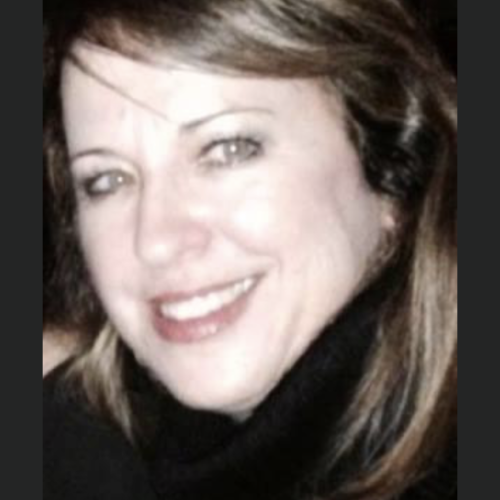